Pra Pathom Chedi Temple or The first pagoda temple located in Nakhon Pathom where is nearby Bangkok. This province is the origin of Bhuddhism in Thailand. Pra pathom Chedi temple is at lat: 13 0 49’ 17.4” long: 100 0 3’ 35.8” Flash forward to B.E. 236, King Asoka the great of India who had devoted his faith to Buddha sent the great monks to expand Buddhism. One of those nine ways was Suwannabhumi where now knew by seven countries called Thailand, Myanmar, Sri Lanka, Cambodia, Laos, Vietnam, and Malaysia was enlightened by two monks named Pra Sona and Pra Uttara.
This place was believed as heart of Suwannabhumi then they build the highest and biggest pagoda which contained the pieces of Buddha’s bone here underneath the pagoda. The pagoda stood in the center of Nakhon Pathom province that could imply as the center of Buddhist where their hearts and faiths belong too.
At the North gate, you would see the tall Buddha statue which is a sacred statue of Buddha named Pra Rauang Rojacnarit. Therefore, many people come here to pray, make merit and also make a wish. On your left, you would donate for some tile and write your name or family name on it then you make a wish. In addition, you would donate some money and get a golden bell or a golden heart-shaped leaf, sacred fig leaf, then you tie it on the rack and seize the release moment when the wind blows the leaves and ring the bells. On your right, you would wonder why they put some oil into the lamp. That is another way to enlighten your life or your education future as bright as you pour the oil down and see how it’s luminous. This place is very important for King Rama VI because his bones and arch were here as well as his wife’s and his daughter’s were safely kept at the back of Pra Ruang Rojanarit.
Moreover, his beloved dog, Yah Leh, was buried in this temple. Pra Pathom Chedi Temple opens daily at 07:00 am – 20:00. all year round with free of charge.
The best time to visit is in October to November due to the Pathom Chedi Festival which you could see Buddhist way of life and enjoy shopping at local stalls around the temple. The most famous thing in Nakhon Pathom is Pomelo so do not forget to take some back to home. 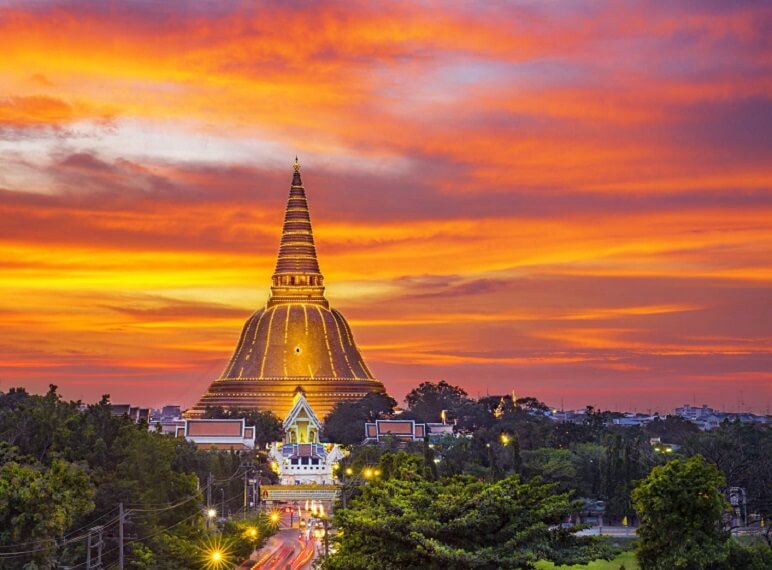 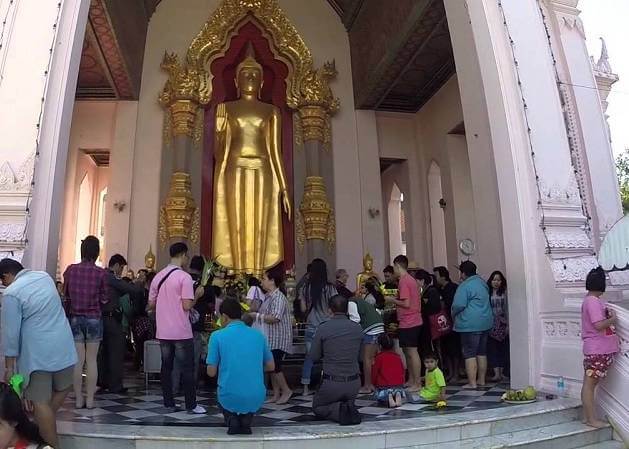 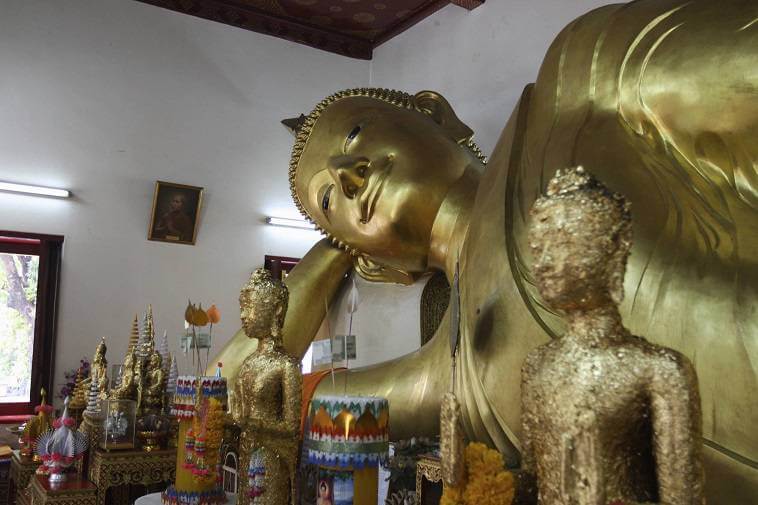